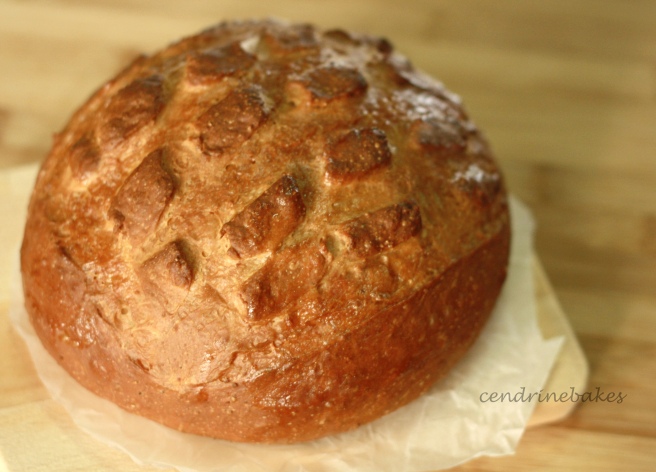 This 75% whole wheat bread is my third attempt. I failed in my previous two attempts. I didn’t want to give up so I tried until again. So much better this time, except the scoring. I like Ken Forkish’s Flour Water Salt Yeast, one of the bread book I just bought last month. I still haven’t explore his other recipes yet. 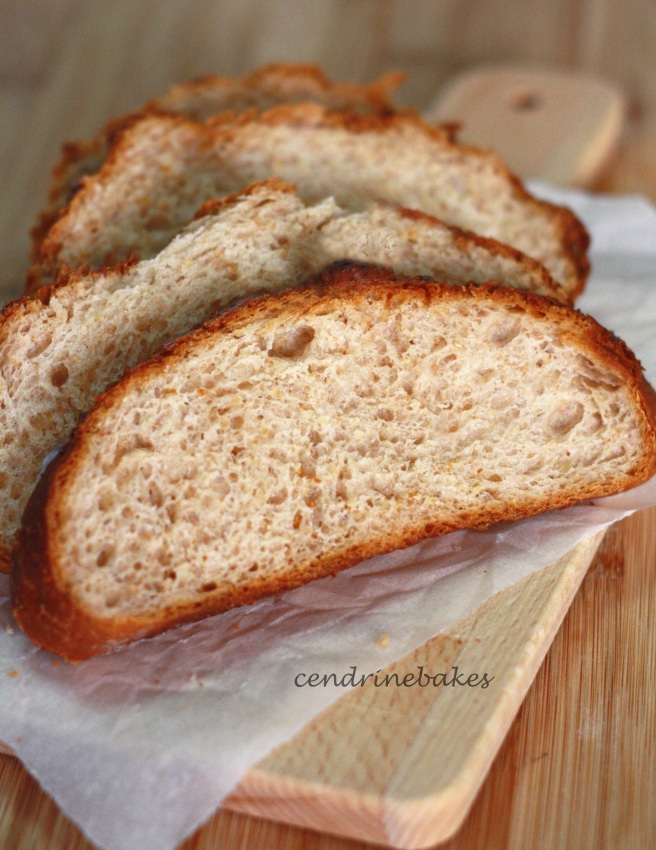 The result, crusty and soft interior although the crumbs are not so airy. But overall it taste good. My hard work after so many attempts!

Mix all the flour and water in a bucket with hand until everything is mixed well. Cover and rest for 20-39mins. Srpinkle the salt and yeast over the top of the dough and fold from all four sides. Use pincher and folding method to mix in the yeast and salt. Cover and rest for 10mins and do a stretch and fold. Repeat in 30mins again. Repeat another in 30mins. Cover and let rise for 4 more hours until it tripled in size.

Scrape the dough onto a lightly floured work surface and divide the dough into two even pieces. Form the dough into boules and place them seam side down into floured bannetons. Cover with plastic wrap and allow to rise for 60 to 75 minutes, until the loaves pass the finger-dent test.

Meanwhile, place cast iron pot in the oven and preheat it to 245d. Remove from the oven and one loaf at a time. The other loaf I left in the fridge to proof. Bake covered for 30 minutes, and then uncover it and bake it for 15 to 20 minutes more.

View all posts by cendrine

Promote Your Page Too