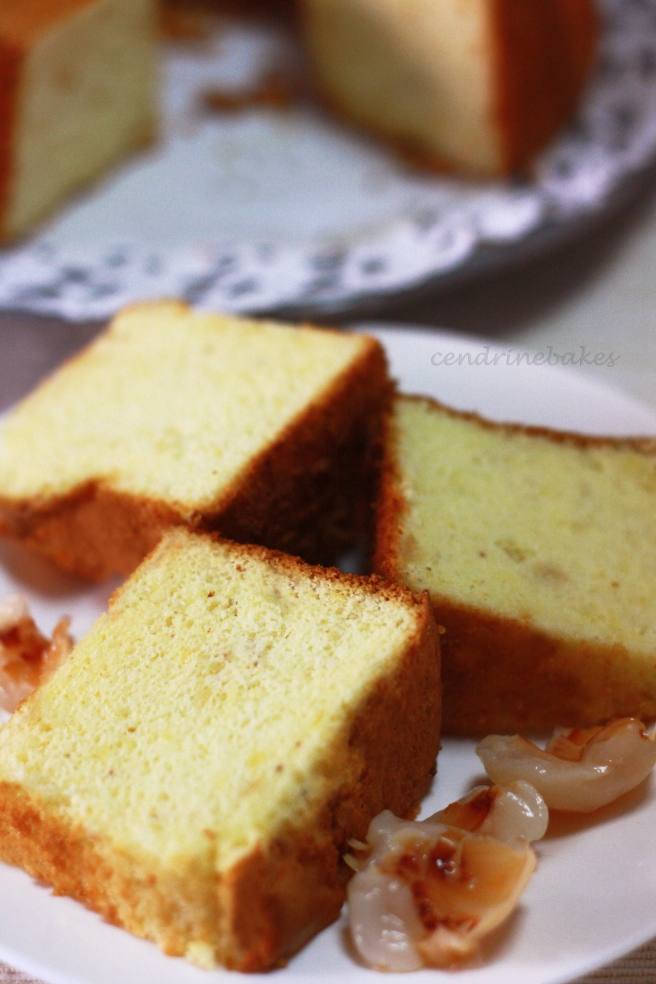 Back to my fav chiffon bake… 🙂

Blend lychee with syrup until fine. Combine with egg yolks, sugar and oil in a mixing bowl. Fold in the flour, ground almond and chopped almonds until batter is formed.

Pour batter into ungreased  6′ tube pan. Bake in preheated oven at 170d for 30-40mins or until cooked. Remove from oven, invert cake onto table until completely cooled.

View all posts by cendrine

Promote Your Page Too